Wibsey 21 vs 7 OORUFC
The same for both sides 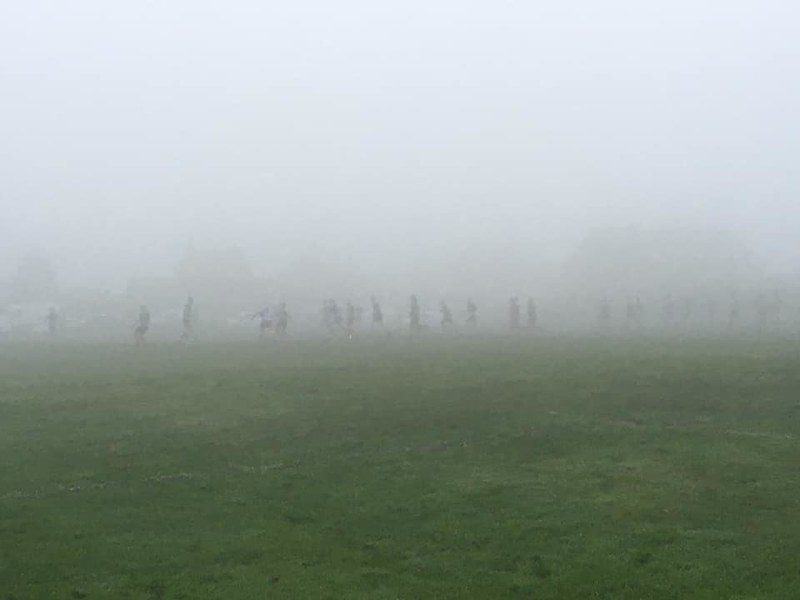 Heavy and persistent morning rain rendered Wibsey’s main pitch unplayable, with standing water in parts making conditions unsafe. Attention shifted to a second team pitch some three miles “up the road” and agreement was reached that the match could take place there.

After part-changing in the pub at the main ground, boots, tape etc were dealt with at the roadside from players’ parked cars, before a reduced warmup took place on a wet and muddy field which embodied a considerable end-to-end slope.

Whilst the rain had eased considerably, very low cloud had descended to cause a heavy mist which in turn quickly became genuine fog. This stayed for most of the match before rain returned just at the end of a long drawn-out 50 minutes per half exercise.

To say that the home team were hungrier, more positive and aggressive is fair comment I think and the visitors rarely threatened their opponents’ territory. Wibsey were 5 points to the good after only 3 minutes and added a converted try after 10. A penalty on 40 minutes gave them a half time 15-nil lead, which they never looked like surrendering. ‘Ensians for their part had seen little of the ball and their tackle count was of necessity considerable and energy- sapping. Wibsey were strong and very physical as one expected and the first half closed with the clock showing that the period had lasted some 50-plus minutes.

Restarting at 3.15 in visibility which really was down to 50 metres and dropping, ‘Ensians were “enjoying” a bit more of the game, but were not able to gain much field position and following 10 minutes of play, the hosts converted a penalty award, although the score was confirmed by word of mouth rather than a sighting! 18-nil moved to 21-0 on the 40-minute mark, by which time the street lights had come on, but the visitors had shown stamina and fitness in the last quarter, particularly in the set pieces. Their reward came at the end of another long half by way of a pushover try from Rob Arbuckle. Will Cooper’s radar system worked as he converted, albeit from near to the now fog-and-darkness-blanketed posts.

Should the game have been played at all? Should “time” have been called after 60 minutes? Should the clock have been stopped for all the many stoppages? Injury time is one thing; halting proceedings for removal of dog excrement from the playing area is perhaps another. Spectators from both clubs drifted away before the final whistle, unable to make any sense of it all. Laughter from players on the field seemed to emphasise the ridiculousness of the now genuine darkness. Wibsey secured the win and the old adage “Same for both sides” applied I suppose. 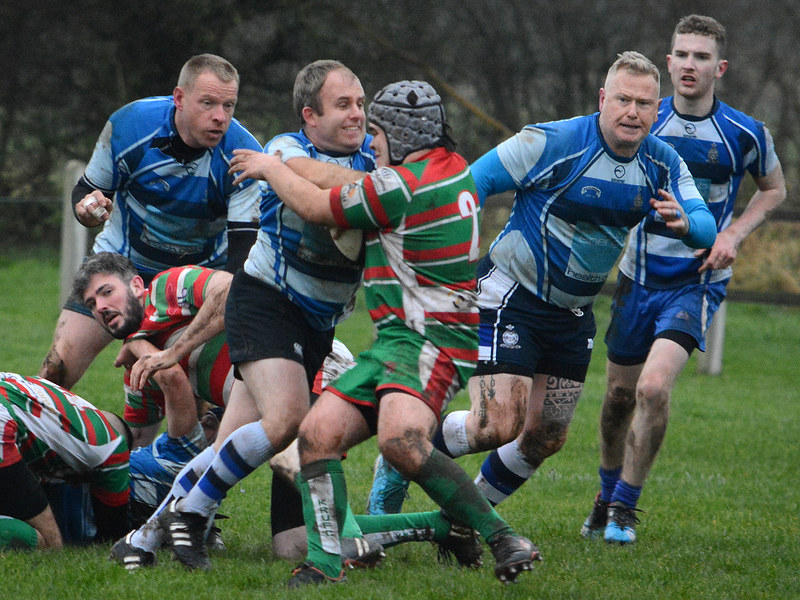 Match report to follow...maybe?
I'm not sure of the score about 4 tries to 1, I will update later.