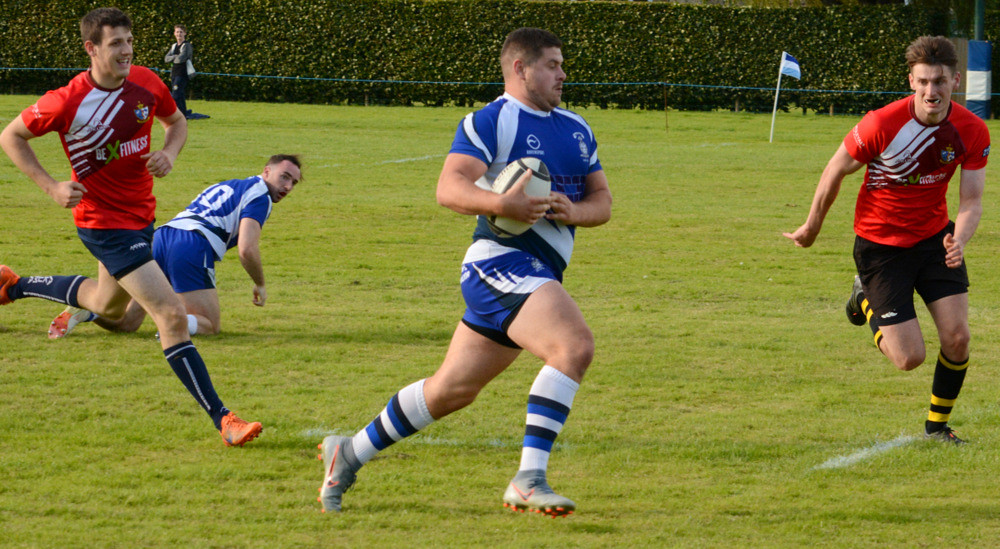 OLD Otliensians entertained Sheffield Medicals in Yorkshire Division Three and made it two wins from two with a fine 33-11 success, in which centre Luke Cowdell stood out.

A loose Otliensians pass saw The Medics notch first. They moved the ball out to their left wing and he raced the length of the pitch to score in the corner for an unconverted try.

Midway through the half, the home side were awarded a scrum, a strong outlet for them throughout the game.

The ball was moved wide to Cowdell, who handed off his man before flicking the ball to Olly Eaves, who beat the last defender to score Ensians’ opening try. A missed conversion left the scores level.

The Medics then kicked two penalties late in the half to give themselves a half-time lead of 11–5.

Soon after the break, a loose pass was intercepted by Cowdell, who ran half the length of the pitch to score under the posts. Will Cooper's conversion gave Ensians the lead.

Sheffield spent the next 15 minutes camped on the home 22, with replacement Ronan Maloney having to make a superb try-saving tackle.

Eventually, a raking kick from Eaves found touch and after being awarded a 5-metre scrum, the Ensians’ number 9, Jacob Wragg, broke down the blind side to score, with Cowdell's fine conversion making it 19-11.

Old Otliensians were now well on top. Cowdell soon burst a tackle to pass to Maloney, who beat several defenders and found the supporting Cowdell on his shoulder. The centre finished an excellent try and converted it for an unassailable 26-11 lead.

In the closing minutes, Cowdell went over for a well-deserved hat-trick. He converted it himself to rack up 21 individual points.