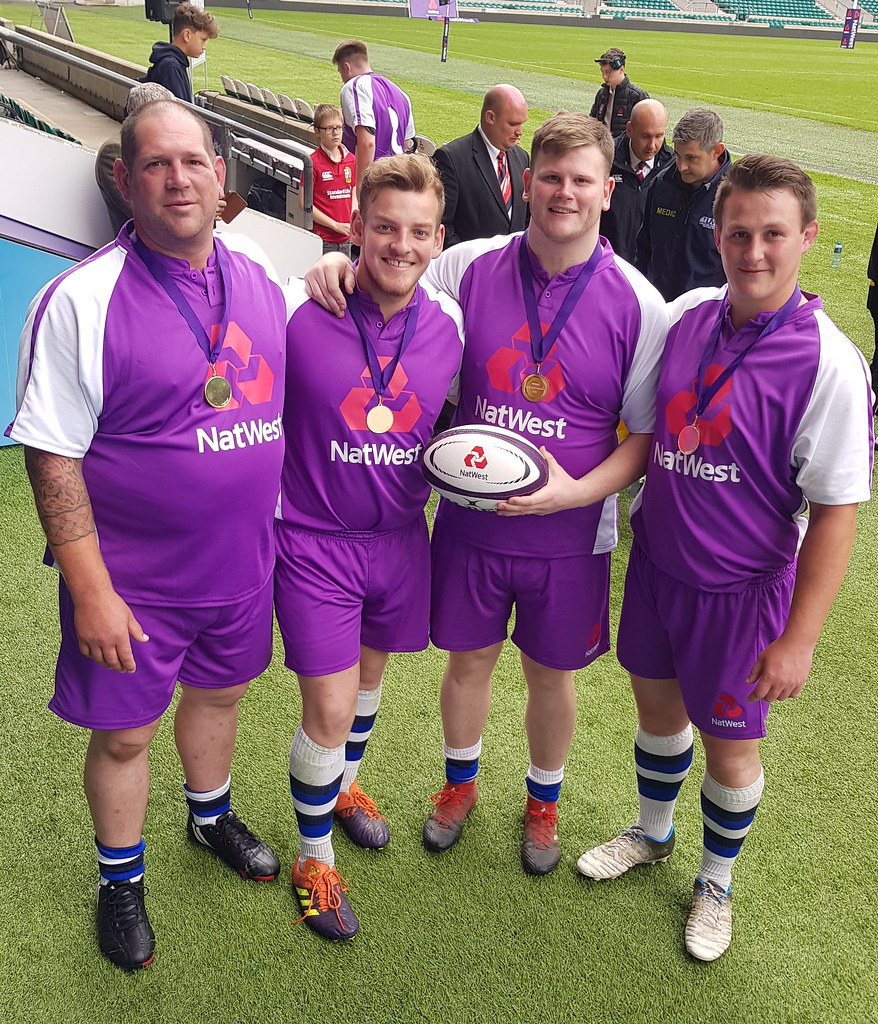 For a second time, players from Old Otliensians RUFC were in contention for a trip to the home of Rugby at Twickenham. This time in the guise of the Natwest Rugby Force Invitational weekend, where local grassroots teams from across the country were invited to put forward players to take part.

Four outstanding players from Ensians were selected to play for the northern contingent, coached by ex England ladies star Maggie Alphonsi. A squad of 24 players selected from 10 clubs made the journey down south earlier this month to face Will Greenwood’s Squad from the Southwest.

The first 20 minutes were very well matched, with both sides fizzing with energy and the excitement of playing on the ‘hallowed turf’. The deadlock was broken with a converted try on the 21st minute for the Southern team, thanks to the efforts of their ‘Goliath’ nr 8.

Eight minutes later, just before the half way point, in this 60 minute game, team Alphonsi responded with a lovely try from their flanker Dan Huxley, leveling the game at half time.

It seemed the half time team talk, from the 74x capped Alphonsi, inspired the Northern side, as they went on to score a further 3 tries in a thrilling second half.

This was certainly one of those events, where the cliche ‘it’s not about winning’ was actually true. After only one training session, 24 strangers became team mates and played with real spirit and solidarity.

A lovely thing for Ensians to be part of!