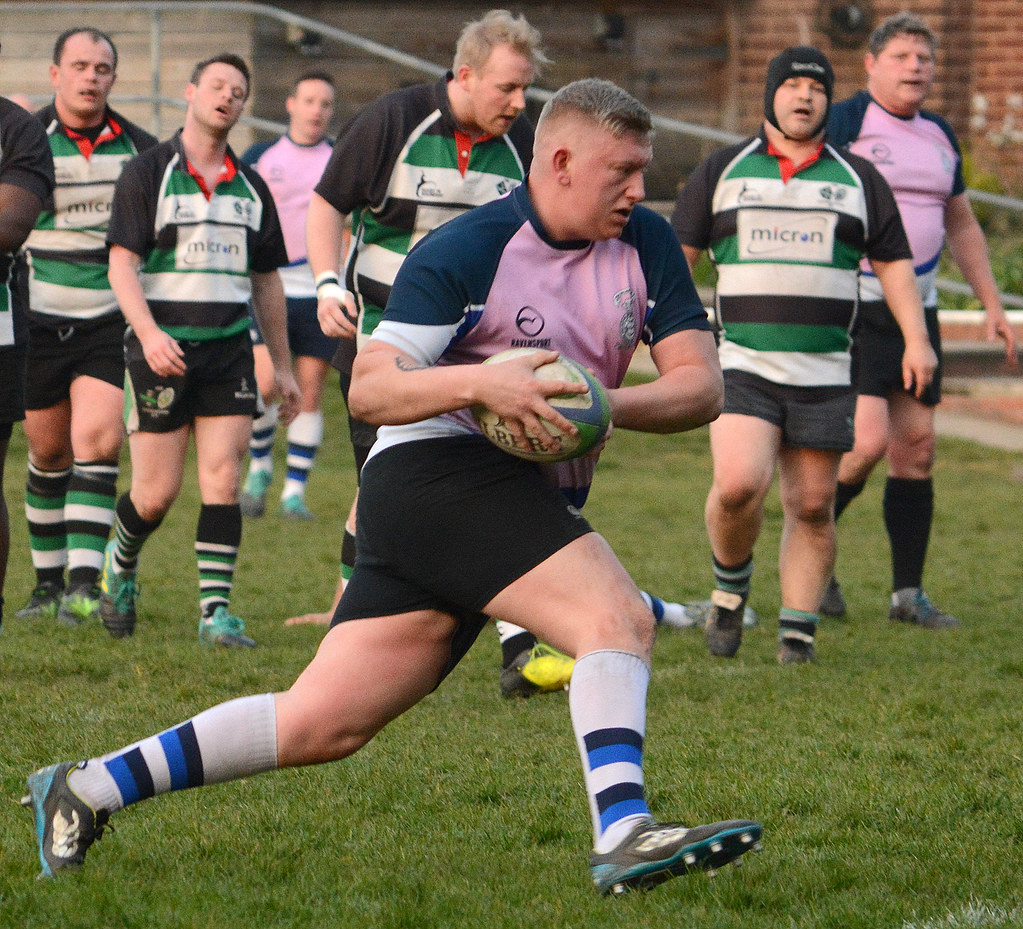 The opening 5 mins looked very promising for 'Ensians with John Offer making good yards and Matty Tenniswood taking play to the home sides 22 with a super kick from a penalty 5 minutes in. With the line out won, Ensians hopes of an early score were quashed by the tight defence of the home side.

Roundhegians responded well, taking play back into the visitors half and on the 5th minute, their outside center cut through to open the scoring at 5:0.

Straight from the KO Rounhegians stepped up a gear and kept the pressure on. Spinning the ball wide down the line to their very pacey left wing who scored in the corner taking the score to 10 nil. This open play formed a pattern for the home side for the next 25 mins seeing 2 further tries, taking the score to 20:0 just before half time. Ensians kept their heads held high and took advantage of a free kick on the halfway line. Roundhegians infringing play were penalised, only to see another excellent touch kick from Tenniswood, taking ‘Ensians yards from the home try line. With the line out won, the ball ended up in the hands of Adam Peattie who charged through to open the scoring for the visitors. 20:5.

Another 5 minutes of end to end rugby saw Roundhegians lock bustle his way over to close the first half scoring at 27:5.

Only minutes into the second half, the home sides big lock drove over to score his second try taking the scoreline to 34:5 following a successful conversion. The unabating pressure, pinned the visitors to their 5 yard line. A super try saving tackle from John Offer (on a player twice his size) saw the tables briefly turn. Otliensians driving back with a great break from Conner Paley, off loaded to second row Jordan Lawrence, who went over for Ensians second try. 34:10

Roundhegians not too happy, came straight back after the KO scoring a further three tries in the next 15 minutes, taking the scoreline to 53-10.

The visitors dug deep in the last minutes of the game and found some extra fight. Following a super scrum won against the head, scrum half (at this point in the game) Alex Longstaff made a very astute break evading several opposition players, going over to narrow the scoreline at 53:17 (conversion by Tom Twist).

At the end of a very short second half the game finished at 53:17 to the home side.