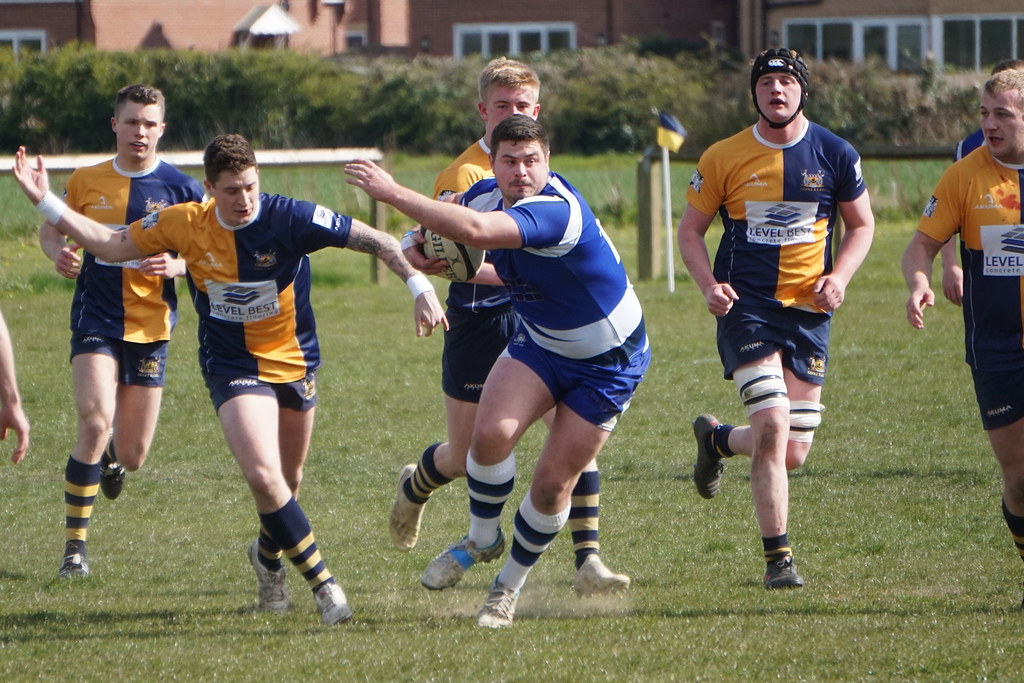 Old Otliensians could hardly have had a more difficult task to finish their season than to visit promoted league champions Goole with a depleted team mainly due to injuries. Will Foster ,Lee O'Donnell and coach Kris Stafford had been called up to fill the gaps. The pitch proved to be very hard and dusty.

The visitors took advantage of a cold strong easterly breeze but were soon pinned into their own 22 and the home team took the lead after 3 minutes with a penalty goal. Goole soon showed why they were league champions with their well organised team scoring a converted try after 8 minutes.

'Ensians defended well but it was 20 minutes before they made inroads into the home half with Captain Sam Featherstone gaining fine lineout ball. Despite this Goole made a break and with good open play scored an unconverted try.

7 minutes later 'Ensians gained good possession and with the aid of two penalty goals and the ensuing lineout possession,the ball was opened out and stand off Will Foster gave a fine pass to Luke Cowdell who crashed over for a try followed by his own conversion to make the score 15 points to 7.

The visitors were on top in the scrums ,but when the ball was gained by Goole their strong forwards linked well with their speedy backs and despite good tackling they cracked the visitor's defence scoring two more tries towards the end of the half.

However ,'Ensians had the last success of the half with some good phases ,winning a penalty to take play into the Goole 22.and the following lineout was won well by Sam Featherstone Then great drive ,and 5 metre scrum ,another fine drive resulted in an unconverted try by Joe Armitage giving a half time score of 27 points to 12.

For the first 10 minutes of the second half all play was in the visitor's 22 with Goole launching attack after attack .The visitors all defended like Trojans to keep their line intact and when they did have some possession opened the ball out in their traditional style.Inevitably the tackle count had its effect and Goole scored 3 tries in the next 10 minutes.The team also took its toll in injuries with 3 players being unable to carry on.With only one substititute available this meant that 'Ensians were playing with two less players than Goole .It is to the visitors eternal credit that they never gave up and despite being battered and bruised only conceded three more tries for the rampant Home team to make a final score of Goole 67 Otliensians 12.