After giving Barnsley “the chop” on the previous weekend, with a memorable away victory, Otliensians returned to Chaffer’s Field ready to face a strong Northallerton side, lying third in Division 2 and lacking nothing when it comes to weight in the pack. Fortunately, the weather was perfect for Otliensians’ open, attacking, style of rugby, and the match turned out to be a thriller from start to finish.

Playing in their traditional blue and white, and with the wind to their backs, the home team received the kick-off, and full-back Ronan Maloney made the first of a number of telling contributions by a return kick which put the ball, and the home team, to within metres of the Northallerton line. There they remained for more than 10 minutes, as the visitors desperately kept them at bay. A well kicked penalty after 20 minutes appeared scant reward for ‘Ensians’ efforts.

Now the visitors showed their strength, as their forwards and backs combined to drive toward the home try line where, following a penalty and resulting lineout, sheer weight of numbers eventually carried them over for an unconverted try. Being 3-5 down after 30 minutes seemed grossly unfair, but undeterred and after a brilliant break by fly half Will Cooper, ‘Ensians were soon back on the visitors’ line, where their scrummaging drove the larger pack almost off the park, and with one penalty followed another, the referee was obliged to award a penalty try to the home team, restoring their lead to 10 – 5.

Back came Northallerton, and in a half which seemed to go on forever, they were quickly back on the home team’s try line. Almost 47 minutes had elapsed when, after a series of scrums and penalties, the scores were levelled at 10 – 10 with another unconverted try.

The second half began with Maloney again showing impressive skills, and young winger Matt Peattie proving to be an excellent addition to an already strong set of Otliensians’ backs. It was from those backs that the next score came when, within minutes of the restart, Ollie Eaves gave a perfectly timed pass to centre Joe Warner who duly obliged by scoring under the posts. Back came Northallerton but, having lost their Number 8 to a yellow card for dissent, they soon found themselves facing the ‘Ensian’s forwards, led by flanker Doug Elgar, charging towards their line and Matt Taylor scoring an unconverted try in the corner.

Not yet in the fourth quarter, and a score of 22-10, there was no doubt the visitors had time to regroup, and it wasn’t long before a set piece on the Otliensians’ 22 metre line saw the ball being passed along the Northallerton line to their left winger, who had a very good game and who scored another unconverted try. Now the pressure was on the home side, with only a converted try separating the two teams they faced sustained pressure from opponents who twice crossed the ‘Ensians’ line; on one occasion being held up and on the other penalised for off-side.

In the fortieth minute Northallerton scored their fourth try but, with the conversion kick missing by a whisker, there remained a two point gap in the 22-20 scoreline and, after another extended “half”, the referee’s whistle brought to an end a game for which both teams deserve great credit. 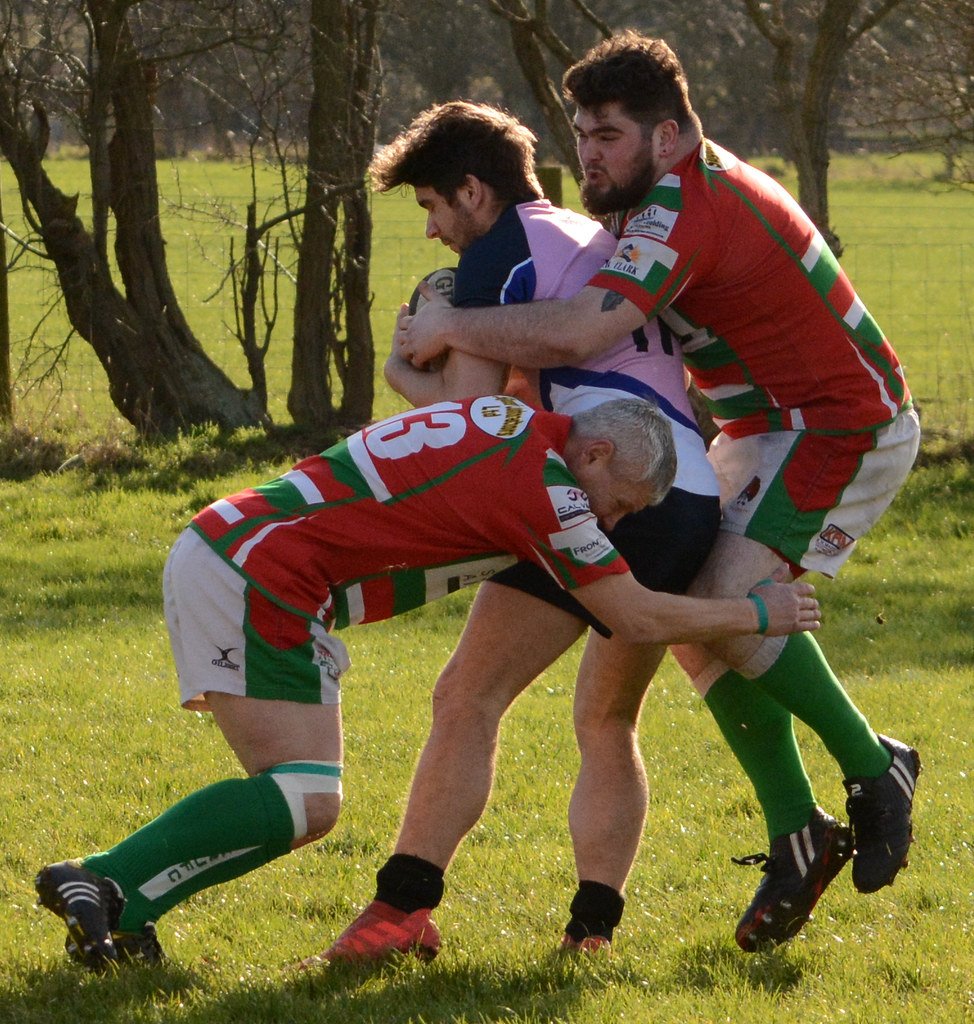 With a small problem causing the home game against Halifax to be cancelled on Friday morning, beardo & tempo set about, trying to sort a fixture, & by 10 o’clock Friday night a home game against keighley 3rds was signed & sealed !. fair play to Keighley who came at short notice, & with otley sarecens not having a game, ensian old boy & pop star – jonhny rah turned up with 2 team mates. With ensians 2nds now been in an unusual position of having 6 subs, the offer to Keighley to use them if needed was put on the table to make for a good social game of rugby played in the right spirit ! the front row had a mature / beefy look to it with ray drake, wheely [ who had rickets as a child ] & tom twist – putting his [ or someone else’s boots ] on for the first time in 3 years [ good job we have a defibrillator at the club ]. 2nd rows were the tenniswood twins, with the silver fox, rich paley at 6, ben [ I know best ] smith at 7, & the james the juggernaut at 8. Alex long staff dropped into his favourite 9 shirt, while pop star rah squeezed into the 10 shirt, with nick keinhorst dropping out with a poorly tummy. lively Lewis sarecen started at 12, with captain conner moving to 13. Nick hesketh tried his hand at fullback, while tom sarecen & joe tindal manned the wings. Just after kickoff, from scrumball, tom sarecen showed his quick feet by leaving his winger for dead & took the ball into keighleys 22. From a rolling maul the sly old fox – rich paley scored a try to make it 5 – 0. A few phases after kickoff, captain conner threw a good pass to tom, & again he was away into the opposition 22. A nice little pop pass put ben smith over by the posts, & it was 12 – 0 with 10 minutes on the clock. It was now keighleys turn, & their crash centre went through a few bodies to score, & it was 12 -5. It was ladies favorite - nick heskeths turn to show a clean pair of heels to make it 19 – 5, before a mistake at an ensian lineout led to keighleys no 8 crashing over to make it 19 – 12. Scrums were quite even & bret was taking his lions share of the ball at the lineouts. In the loose, ben smith & silver surfer paley were making nuisances of them selves while james smith was asking a few questions of the Keighley defence, with a neat pass from rah sending him in for a try with the fullback almost stepping aside to let him score to make it 26 – 12, with matty converting again just before half time. Team manager tempo offered Keighley players at half time, but they said they were ok, so 5 substitutions were made with mick birts, marks elam coming onto the wings & dodgy knee daz cooley putting the fullback shirt on. Silver fox Rich paley came off because his wife said so, which made way for ben jones & Jordan Lawrence gave ray drake a break in the front row. It didn’t take long before ladies favorite – nick made a break to put conner in for the first of his hattrick before the Keighley centre hit another good line to make it 33 – 19 with 60 minutes on the clock. With a few tired legs on the Keighley team, live wire lewis, broke through to make it 40 – 19. Players were swapping & changing to give everybody a game. With the last sub - big eddy wanting game time, matty tenniswood was asked to come off, but threw his teddies / dummies & rah rahs out of his cot to spoil what was a good afternoon for team manager tempo. Rah made one of his trade mark breaks, but had no intention of running half the pitch, so Jordan was on hand to take it on & a great pass to conner to put him in for his 2nd. Tom twist now had kicking duties & popped it over for a 47 – 19 score line. Conner scored again, before lady’s favourite nick swooned over after a dodgy knee daz break. Keighley scored a couple of close range tries to finish an entertaining game, for whats been a long lay off for the 2nd team. Many thanks to Keighley. With a few injured players available & a fair wind, hopefully the 2nds could be back !!!