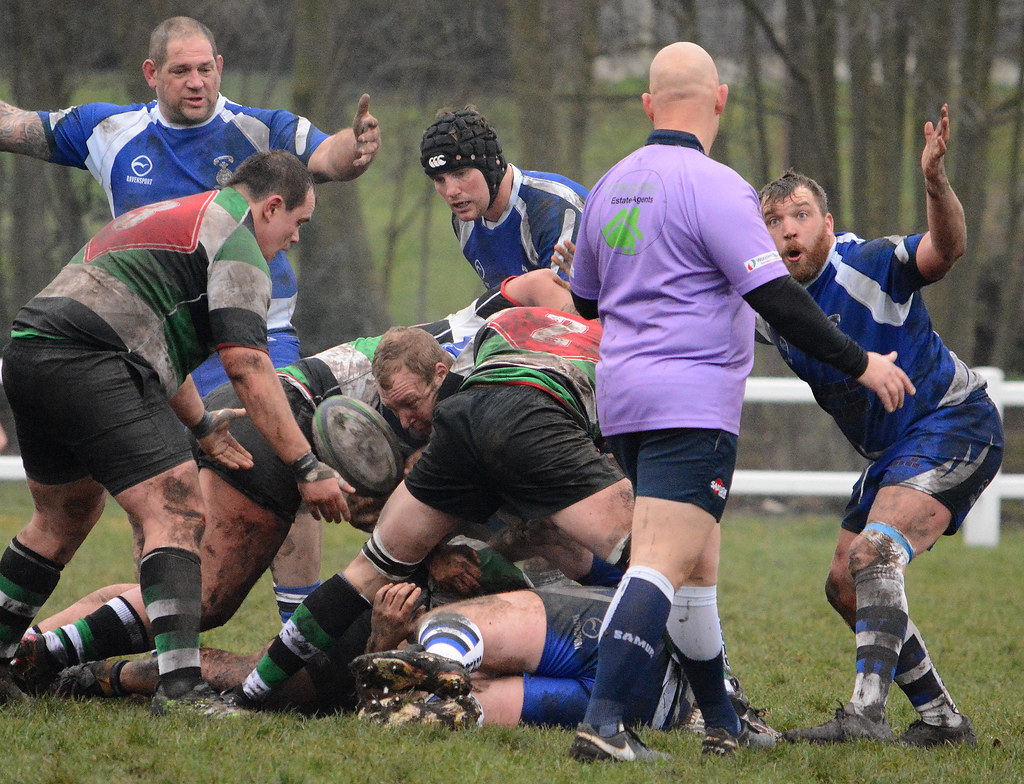 Ensians struggle in the mud
Click for more photos

DESPITE last week's encouraging display, a short-handed Old Otliensians were beaten 55-0 on a cold Saturday afternoon at Roundhegians. The visitors, who lacked players due to injury and work commitments, and their opponents played on sticky pitch which still had some overnight snow lying on it. 'Ensians have created a habit of giving away early tries and this was to be no exception. After four minutes, Roundhegians had the advantage and won a line-out to drive over for an unconverted try.

'Ensians, starved of possession, defended well against strong play from the home forwards, but after ten minutes the home centre broke through to score a converted try between the posts. A yellow card hampered the visitors but they came back strongly with Luke Cowdell making a half break. However, 'Hegians followed with a penalty goal by their playmaker captain Alex Lewis, who was having a fine game. Then as 'Ensians tried to get their backs working, an interception on the halfway line resulted in a third converted try to make the score 22-0 to the home team.

The visitors "steadied the ship" for the rest of the half, taking play into the home half for the first time with the help of penalties but they ran into a strong home defence. The first ten minutes of the second half saw the home team attacking in the visitors' 22, but firm defence helped by good line-out play from Sam Featherstone and Matt Taylor and positive scrimmaging from 'Ensians kept them at bay. However in the next ten minutes 'Hegians scored three converted tries through strong forward play sucking in the defence and opening out to their backs to outflank the tacklers, bringing the score up to 43-0. 'Ensians tried hard to make inroads into home territory but the well-organised home defence was like a stone wall. Two more tries were scored in the next 15 minutes (one converted) to complete the scoring. One occurred when an overlap gave an opportunity to the speedy home winger and the second was scored after a powerful break by the forwards crashing through three despairing tackles.

'Ensians made one desperate final attempt to get onto the scoreboard. Stealing a line-out, the forwards made ground into the home half with Jay Walsh prominent and then a penalty took play into the home 22 for the first time in the half but it was to no avail.