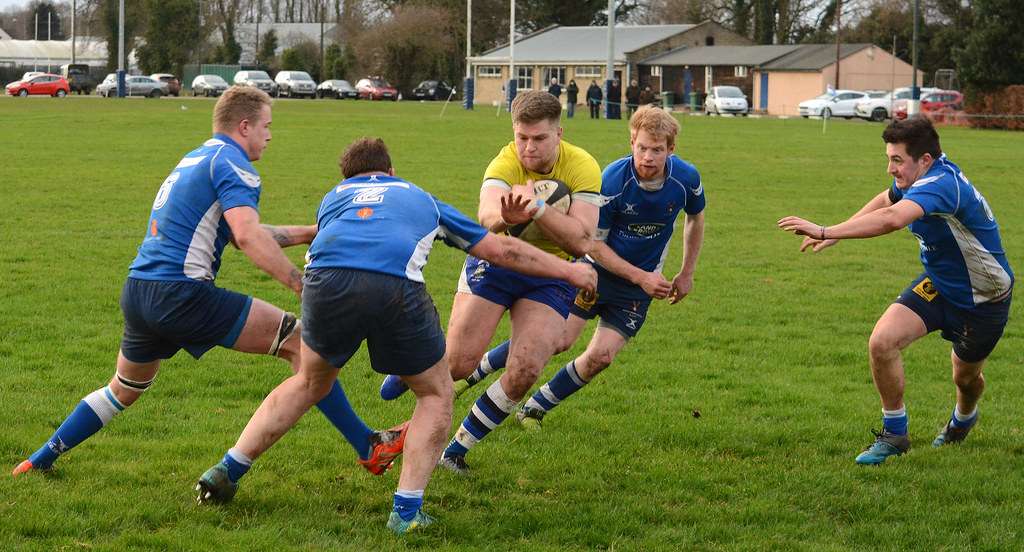 ‘Ensians, playing at home, were looking to bounce back after a tough loss last week against Ripon, facing sixth place North Ribblesdale. And with North Rib’s young, pacey side, this was always going to be a tough contest for ‘Ensians. The game started off less than desirable for the home side with Ribblesdale finding the try line early. However, the wind rendered the conversion near impossible and so, inside five minutes, the score was 5-0 to Ribblesdale.

‘Ensians answered back quickly and after some pressure, Will Cooper managed to finish a phenomenal drop-goal to answer Rib’s early try, 5-3 after 15 minutes.

Rib’s pace was proving to be terminal for ‘Ensians, and they extended their lead within minutes of ‘Ensians’ reply. Fantastic opposition running and wasted opportunities proving costly for the hosts.

With the game threatening to run away from ‘Ensians, it was time to dig in and so they did, riding their exquisite defence led by man-of-the-match Oliver Eaves. This in turn led to a great attacking move and, on the 25-minute mark, ‘Ensians got their first try with Connor Bateman getting his first of two to bring the score to 10-8 in favour of the away side.

‘Ensians had found their footing, and, after a heavy assault on Ribblesdale’s line, they managed to break through after a searing line-break by Eaves. The home team led at last. Game on! And so, at 15-10, and after a resilient ‘Ensians’ defence, the half ended with the home side in the lead.

The second half began sloppier than the first – with both sides making frequent handling errors, the wind clearly playing a part in proceedings.

After 5 minutes, once again North Ribblesdale broke the ‘Ensians line to make it 17-15, after a successful conversion with the away side regaining the lead.

However, ‘Ensian’s resilience shone through once again, as a fantastic break by prop Toby Keep, followed by unselfish play led to Connor Bateman’s second try, setting up a tantalisingly dramatic last 20 minutes, as Ribblesdale were once again chasing the game.

Superb, stubborn ‘Ensians’ defence made it seem like they were going to take home the spoils. However, a last-minute penalty would prove that it wasn’t to be ‘Ensians’ day. The last kick of the game would be a Ribblesdale penalty to tie the game at 20-20. Some would say a fair result. However, it will likely be a tough one for ‘Ensians to swallow having led up until the last. A fantastic game nonetheless.