Northallerton 33 vs 10 OORUFC
Fellow promotion side too strong 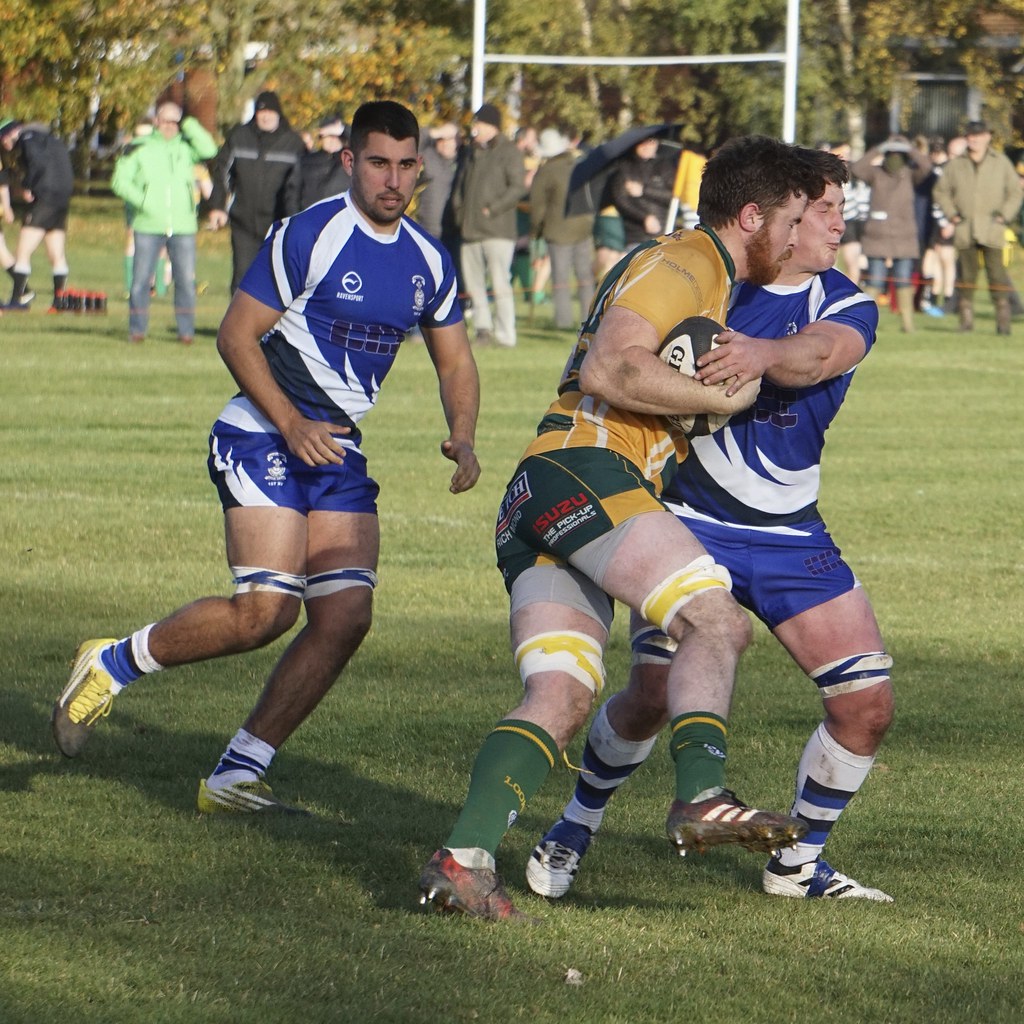 For many years a visit to Northallerton has been a tough venture and as they top Yorkshire 2, are unbeaten for more than 30 games, and considering 'Ensians long injury list this was unlikely to be an exception. On a dry bitterly cold day with a biting strong wind blowing straight across the pitch the tough heavy North' forwards took the early initiative and the first 15 minutes all took place in the visitors' 22 and only good defensive work held them at bay However after 15 minutes a 5 metre scrum enabled the home team to drive over for an unconverted pushover try.

At every opportunity the visitors opened out the ball ,even in their own 22 but were thwarted when a home centre intercepted causing urgent defence.'Ensians were holding the scrums quite well and Captain Sam Featherstone was getting good lineout ball.

After 27 minutes the defence cracked .A scrum taken by North in lieu of a penalty was thwarted and a subsequent scrum held but the visitors' defence was stretched .The home team kept play in their bulky forwards and they scored their second converted try with a neat unload.-(12-0).

Not to be outdone 'Ensians moved into the home half for the first time in the 30th minute, but when North came back 'Ensians showed super spirit the whole team tackling like demons with Joe Armitage knocking a home player back 5 metres in a tackle ,and debutant Joe Warner to the fore.

In the last 5 minutes of the half the visitors stretched the home defence and were unlucky not to score. First Josh Smith made a great break passing to Nick Hesketh who ran 20metres only to be tackled inches short of the line. Next a penalty took play deep into the home half, Sam Featherstone gained fine lineout ball and scrum half debutant Ronan Maloney chipped over the defence and re collected the ball but the ensuing pass sadly went astray. So half time came with Northallerton leading 12 points to nil.

Straight from the kick off the visitors cleared the ball into the home 22, but the North winger gave a quick throw in to himself and passed to the full back. He kicked the ball high into the centre of the field, caught it himself and with the defence all awry raced through to score a fine opportunist converted try.

For the next 20 minutes play 'Ensians were in the ascendancy for the most part in the home half .After 7 minutes they opened the ball across the pitch with both forwards and backs involved and going into the corner Connor Bateman slipped the ball to Paddy Phipps who crashed over for an unconverted try .Then on 15 minutes Connor Bateman beat three tackles in a 50 metres break before passing to Olly Eaves who when tacked was adjudged to be a fraction short of the line.

Sadly in the 20th minute North took a scrum against the head, and with the Visitors' defence disorganised the astute stand off made the half break resulting in the home team scoring another converted try to increase their lead to 26 points to 5 and earn the bonus point. Despite this the visitors were having the better of the second half .They were using their backs well but the home defence was for the most part well organised. A fine kick by Ian Booth in the 22nd minute making 50 metres gave a foundation for a good attack and 8 minutes later a move across the field resulted in an unconverted try for Will Cooper.

Despite pressure there was no further score for the visitors but 5 minutes from time a sweeping move by the home team resulted in a converted try giving a final score of 33 points to 10 for Northallerton.

This was a much improved performance by 'Ensians who showed fine spirit against a better team who will be in the mix for back to back promotions come the end of the season.