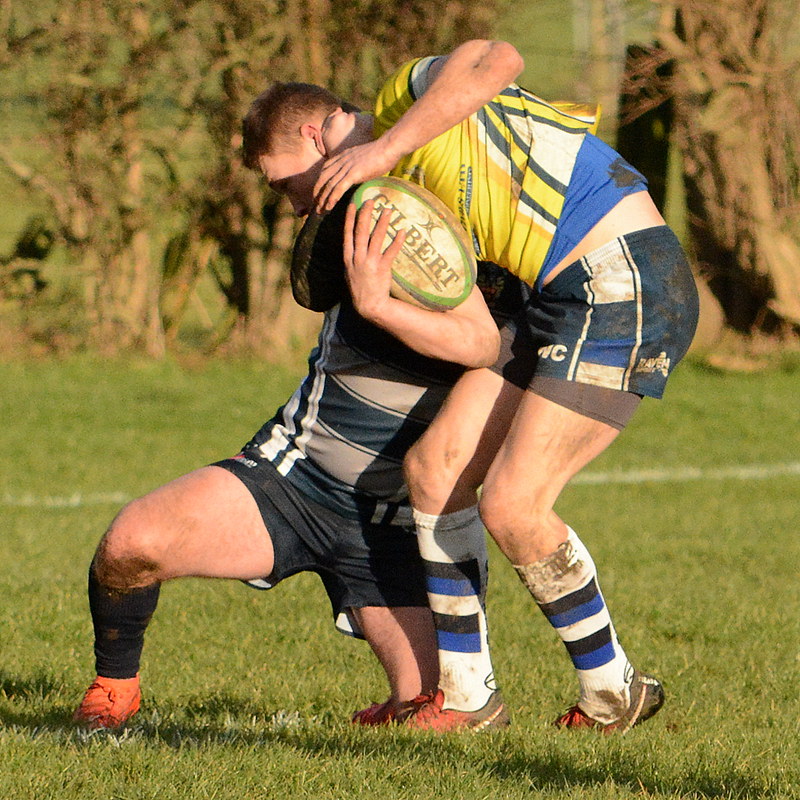 On a cold but calm day with a pitch in superb condition despite recent rain and frost Old Otliensians entertained Hemsworth against whom they had had a tough game earlier in the season.

Hemsworth's heavy forwards took the initiative from the kick off forcing their way into the home half and gaining a penalty to take a 3 nil lead after 2 minutes. For the next 20 minutes it was a battle between the 2 packs play for the most part taking place between the two 22 metre lines with both defences in control . Sam Featherstone and Ali Campbell were prominent in the lineouts and Josh Dyson and John Offer were to the fore in the mauls and rucks.

When the home team tried to get the backs working the visitors defence held .The game progressed in this manner, with all credit to the whole 'Ensian team for striving manfully against much heavier opposition, until the 32nd minute when Hemsworth ground their way to within 10 metres of the home line for one of their forwards to crash through the defence for a try wide out well converted to make the score 10 points to nil.

'Ensians came back strongly and on 38 minutes scored a penalty goal However with the last kick of the half the Hemsworth kicker scored a great penalty goal from 49 metres the ball bouncing over from the top of the crossbar. The half time score was 13 points to 3 in favour of the visitors.

The second half started much as before but as time went by the home team began to get on top and made greater inroads into the Hemsworth defence with Toby Keep crashing through to make valuable yards .The backs also found more room in which to work culminating in a fine 60 metre attack starting with a break by Olly Eaves who passed inside to Alex Murphy to beat the defence and score a lovely try converted by Will Cooper.

The game then changed dramatically towards 'Ensians .The Hemsworth players began to tire and after 30 minutes the home team won lineout ball 15 metres out, forced the visitors backwards with a superb drive and with only about 1 metre to work in Jack Smith dived over for great unconverted try on the blind side to give the home team the lead for the first time (15—13).

Straight from the kick off Matt Taylor made a scorching run into the visitors half the ball was kicked ahead and the catcher caught in possession to take play back into the visitor's 22. There was no stopping the home team and after 35 minutes after a super move the following drive took play to the line where Jack Smith crashed over for his second try also unconverted-This came as a result of 100% effort by the whole team and left the visitor's previously noisy players and crowd silent and the home supporters cheering for the bonus point .The players did not disappoint them and with 2 minutes to go the home team took a tap penalty on the half way line Will Cooper passed to Olly Eaves who passed back to Will Cooper who flashed on to score a scintillating unconverted try.

In the last 2 minutes 'Ensians took a scrum and a lineout "against the head" and Paddy Phipps had a strong run all in the visitor's 22. They came close but there was no more scoring and 'Ensians finished with a most satisfying win by 25 points to 13 due mainly to their superior fitness the tremendous work rate of the forwards and as the ensuing gaps appeared the speed of their backs.