Old Otliensians travelled to Weetwood to play Leeds Medicals and Dentists on a calm cool sunny afternoon on a wide pitch in superb condition which promised a feast of open expansive rugby.

Early play took place mainly in the Medics half with both teams eager to throw the ball around...After 10 minutes quick ball from the scrum was moved across the backs to winger Alistair Booth who made the initial break passing inside to Olly Eaves who scored an unconverted try to give the visitors a 5 point lead.. 'Ensians continued to have territorial advantage but the home defence held firm Medics also were keen to use their speedy backs but could not penetrate the visitors 22 .at this stage the packs were well matched in the tight but 'Ensians had the edge in the loose.

With 'Ensians a man short due to a yellow card and a couple of players taking knocks Medics were using forwards and backs intelligently to attack the visitors' defence. A certain try was saved by a great tackle by Olly Eaves, but after 37 minutes a home forward crashed over between the posts for a converted try. Worse was to follow when a fine move by the home backs gave them an unconverted try wide out on the stroke of half time to make the score 17 points to 5 in favour of Medics.

The second half started with the visitors "upping" their effort by a couple of gears .By using their forwards with Matt Taylor and Jack Smith to the fore they moved play into the Medics 22 but then conceded a penalty for the home team to relieve the pressure.'Ensians came back and a break by hard working Luke Cowdell followed by a neat kick ahead by Dom Oddy had the home team rocking but they cleared the danger again. A home yellow card gave the visitors impetus and after 14 minutes a scrum pushover try scored by Rob Arbuckle and converted by Luke Cowdell reduced the arrears to 5 points.

Medics were using their speedy backs to great advantage and scored another unconverted try after 18 minutes to make the score 22 points to 12 in their favour .Although the visitors had control of the scrums and the visitors forwards were creating problems for the home team with some good runs errors were creeping into the visitors play .They lost lineout ball and the home team became more and more confident in their play and handling .A try by 'Ensians would have put the game in the balance but it was not to be and when they had battled to within a few yards of the home line Medics came away with the ball and sprinted the length of the pitch for a great converted try making the score 29 points to 12 with 5 minutes to go to settle the game. 'Ensians did show their pride by crashing back from the kick off and soon after Matt Taylor had made good ground with a storming run Luke Cowdell barged over in the last minute for an unconverted try to make a final score of 29 points to 17 .This gave a good well deserved win to the Medics who were undoubtedly the better team. 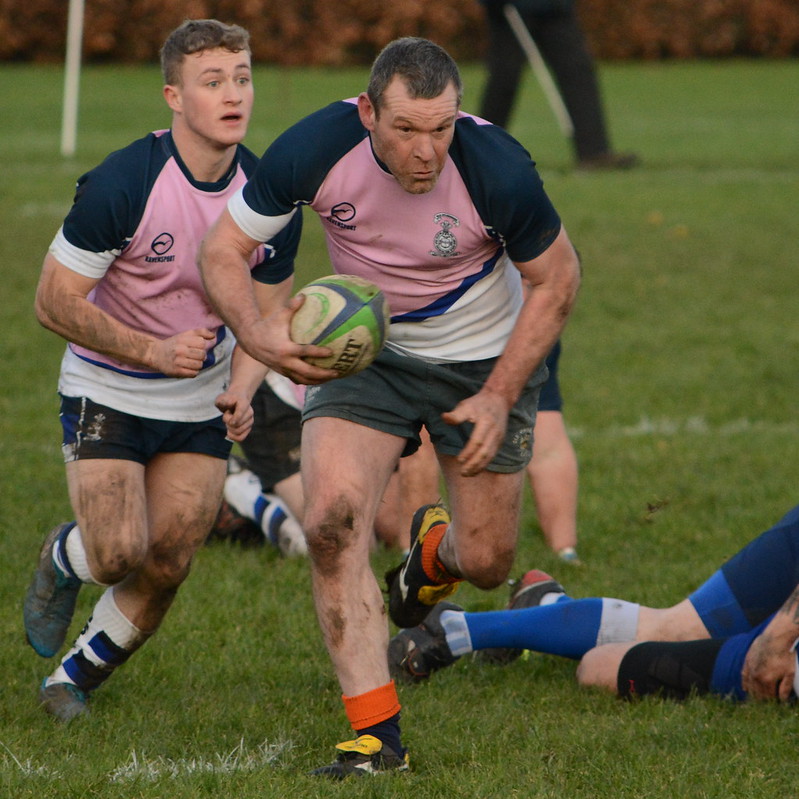