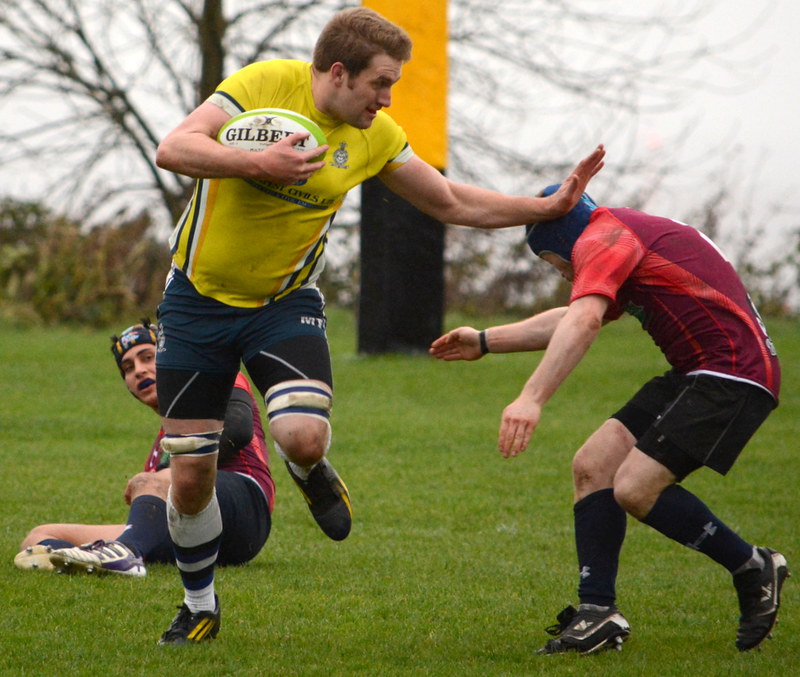 After enduring a grim journey with traffic problems on the way Old Otliensians arrived to play Sheffield Medicals on a good pitch but with a strong gusty wind blowing for the most part straight down the pitch.'Ensians played with this strong wind in the first half . However the home team were the first to attack and for the first 10 minutes were strongly in the ascendancy culminating in an unconverted try after sustained pressure on the visitors' line following a fine penalty kick to touch and drive at the lineout.

Even play continued but after 15 minutes Luke Cowdell made a good break but a last ditch tackle prevented a score.'Ensians had problems in the lineouts due to the wind but were in total control of the scrums with the home scrum being pushed backwards .Coach Kris Stafford had his first start of the season but went off injured after 20 minutes following a clash of heads.

The visitors tried to get their backs moving but play was scrappy due in part to the rising gale and they had difficulty in combining the phases of play .Most of the play was in the home half .However Sheffield had their moments and only a try saving tackle prevented them scoring from an interception and in injury time a further attack resulted in a penalty kick which was blown wide

Half time came with Sheffield winning 5points to nil and the visitors knew they were to be up against it in the second half. This proved to be the case when the Sheffield kick off was knocked on in the Otley 22. The visitors' strong scrum saved the day.'Ensians showed their grit and determination against the wind to use the scrums to force the home team backwards with the forwards taking some control.Matt Taylor made a telling break ,the ball was opened out but a knock on stifled the move. 'Ensians sensibly were taking scrums instead of penalties and after 15 minutes Luke Cowdell scored a try converted despite the wind by Connor Bateman to take the lead 7 points to 5 .

There followed a period of attack by Sheffield ,but good defence and a great clearance kick by Alex Murphy kept them at bay until they retook the lead 8-7 with a penalty goal after 23 minutes . Play was inconclusive until after 34 minutes a strong scrum gave the visitors a platform to attack. Luke Cowdell ran powerfully for 30 metres breaking 3 tackles Matt Taylor carried on the move and Paddy Phipps was on hand to score a fine try converted by Connor Bateman .

The supporters thought this was enough to win but the young fit Sheffield team had other ideas and came back strongly. They were thwarted by good defence on the visitors' line but with the last move of the game crashed over for a try near the posts to take the score to 14 points to 13 in 'Ensians' favour. The conversion was the last kick of the game but as the ball seemed to be going over a big gust of wind blew it wide giving 'Ensians a win by the narrowest of margins.

This was a good win in poor playing conditions but 'Ensians immense "will to win" pulled them through against a young fast and fit team.