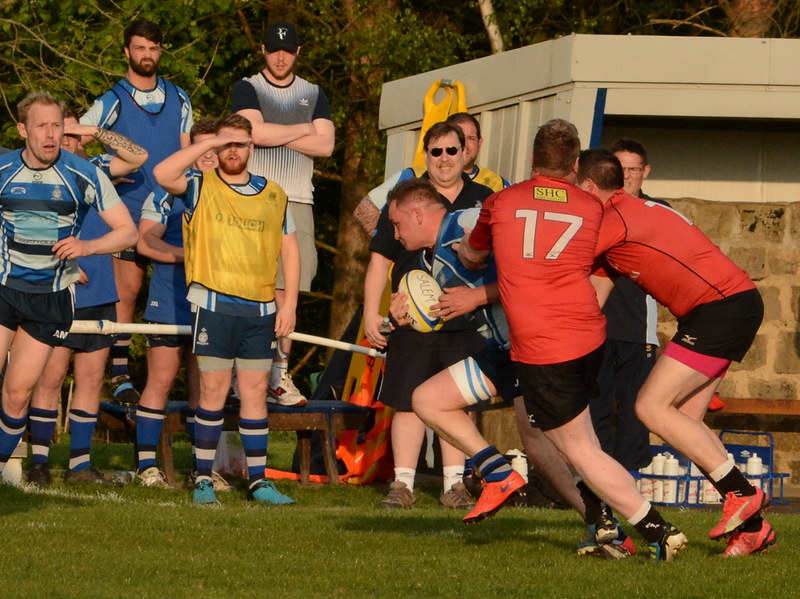 John Walker looks on as his spell at Ensians finishes with a second cup win.

After seven successful seasons with Old Otliensians Rugby Club, Coach John Walker has decided to stand down at the end of the season.

John joined the Club in May 2010 just after it had been relegated to Yorkshire League 4 and he has been the regular Club coach since then. After narrowly missing out on promotion in the 2011/12 season John oversaw the promotion of the 1st XV into Yorkshire League 3 the following year where they have acquitted themselves well since.

Under John’s stewardship the 1st XV have made the final of the Aire/Wharfe Cup for five successive seasons. They beat opponents Ilkley 2nds at home on Tuesday, 25th April, to win this season's final. The 1st XV have also won the Yorkshire Silver Trophy Final which was played against Skipton under floodlights at Bradford Salem on the 10th of May.

John, who works as a manager in a building company, lives in Ossett and joined the Club after a spell of coaching the youth teams at Sandal. He has trekked up and down the M1 three times a week in the winter months since 2010. His family have also been very much a part of the Club and son Keiran played for the Club for a season before he moved on to study at Sheffield University.

After a long spell at the helm, John said “I’ve thoroughly enjoyed my time at ‘Ensians coaching a talented bunch of players who are friends and enjoy playing for each other. I’ve tried to encourage a fast, open style of rugby and the lads took this on board with Declan Jackson beating the Club try-scoring record three years ago”.

“Highlights have been promotion to Yorkshire 3 and beating Ilkley in a tense Aire/Wharfe Cup final five years ago. The low point was last year in the Aire/Wharfe final against Ilkley when we believed we had won as the “away” side in a 10 – 10 draw, only to face a hastily-arranged penalty shoot-out in driving sleet!”

John thinks that it is the right time to stand down and feels that a fresh face and voice will bring new impetus to the Club. He has no plans to resume coaching elsewhere and he will continue to be a member at Old Otliensians. He concluded by saying – “It’s a great Club run by a great bunch of people and, after a year out, I’ll be looking to offer my services in other ways as a volunteer”.

Old Otliensians are currently in the process of finalising the appointment of a new Coach for next season.