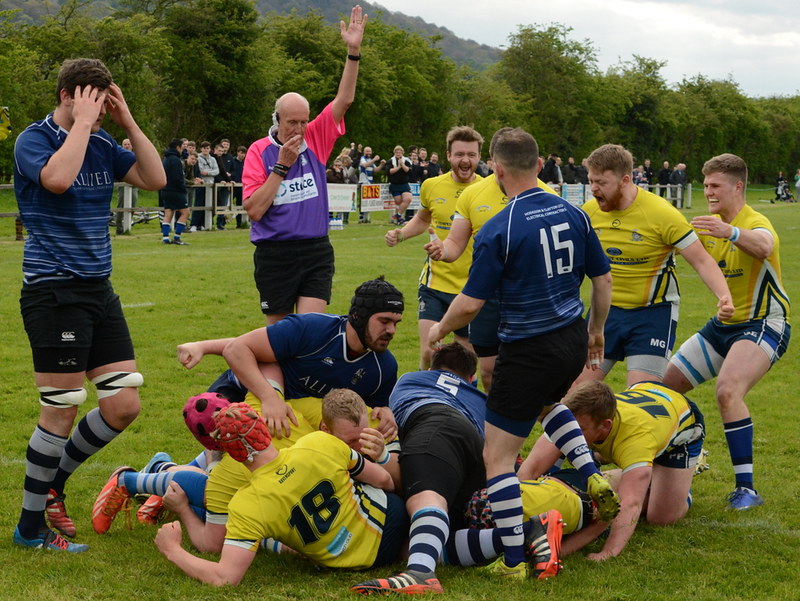 
After a hard Aire Wharfe Cup win over Ilkley the previous Tuesday 'Ensians were anticipating a further tough game against Knottingley who had beaten them twice in league matches .Conditions were perfect for the home brand of expansive rugby ,mild ,a slight easterly drift and a super pitch.

The home team started on the attack straight into the visitor's 22 and after 7 minutes took the lead when quick ball from a scrum near the Knottingley line resulted in a neat try by Luke Cowdell converted by Will Cooper. Five minutes later a super kick by Cooper found touch 1 metre from the try line followed by fine line out ball by Captain Sam Featherstone and left the home team inches short. All the play was in the visitor's 22 with Jack Smith and Paddy Phipps dominant in the forwards and Alex Murphy releasing Chris Westland who was brought down just short .The visitor's defence was holding well but after 22 minutes just could not contain a sublime 'Ensians move of numerous phases when the ball passed through countless pairs of hands with finally a long pass from Olly Eaves to Chris Westland who crashed over wide out for an unconverted try to make the score 12 points to nil.

This pace could not be maintained and after 26 minutes Knottingley attacked for the first time in the game .Their number 8 Sean Simpson was causing mayhem in the home defence and after coming close created an overlap for the speedy winger to score an unconverted try .They continued to be dominant and after 35 minutes scored a good converted try with a wide pass to even the scores at 12 all .In injury time a 70 metre run from an interception nearly created a further try for Knottingley but a timely tackle averted the danger leaving the half time scores equal.

The first 10 minutes of the 2nd half belonged to the visitors. Again using their fast wingers they came close resulting in 'Ensians conceding a penalty after 3 minutes .Knottingley took a quick tap and sped over for a converted try taking the lead for the first time at 19 points to 12..A further interception took the visitors to within 10 metres of the home line and with crisp passing and fine offloading kept a tight home defence at full stretch.

After 15 minutes, however, 'Ensians moved into the visitor's territory aided by good scrummaging and a couple of penalties. This proved to be a basis for a 30 metre attack by Rob Arbuckle man of the match Luke Cowdell and Olly Eaves, but despite further pressure the Knottingley defence held firm and with 10 minutes to go they were still leading. The defence then cracked when a great home scrum near the visitor's line had them in all sorts of trouble and a push over try was scored by Rob Arbuckle converted by Will Cooper to even the scores.

Play entered a frantic stage with a lovely move by Luke Cowdell just failing to make the final break ,but as play entered into injury time 'Ensians were awarded a penalty ,kicked beautifully into touch by Will Cooper ..Sam Featherstone took a superb lineout ball and the whole pack helped by the big lads Joel Wakeford ,Rob Arbuckle and Lee O'Donnell drove the Knottingley pack backwards for John Offer to score a decisive try converted by Will Cooper to give the home team the lead by 26 points to19 .Knottingley were not beaten yet but their final attack was repulsed and with the last move of the match 'Ensians scored an identical try to the previous one apart from the lineout being won by Doug Elgar who was having a fine game.

This was a great win by 'Ensians to take them into the final against Skipton at Bradford Salem's ground on Wed 10th May Kick off at 7.15 p.m. 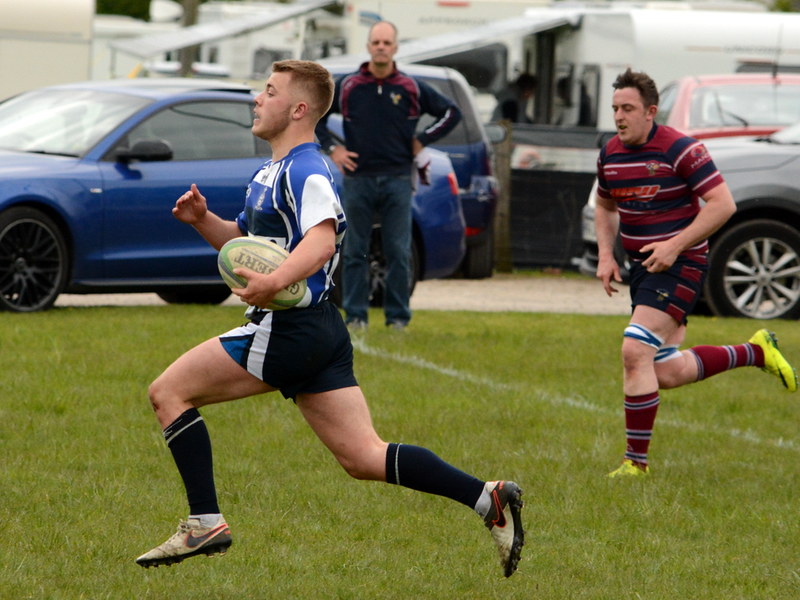