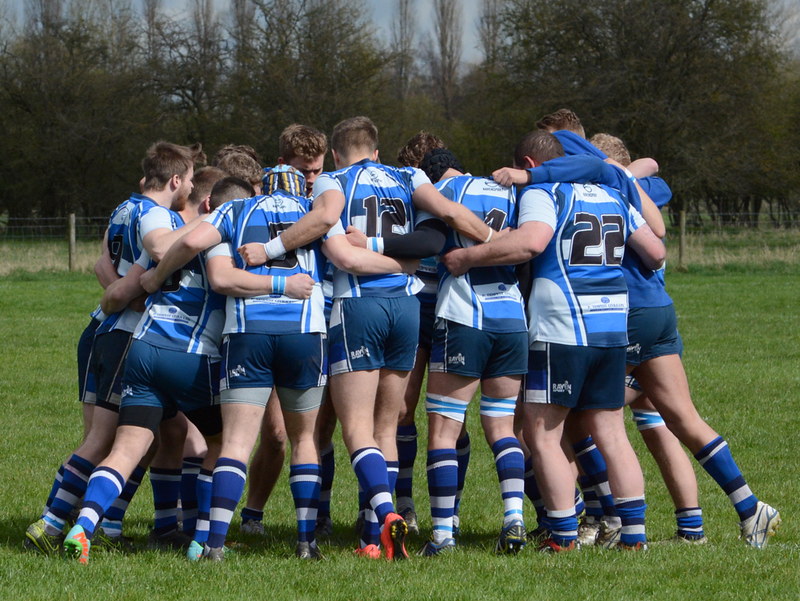 After a tough 24-14 victory over a strong West Leeds 2nd XV in the Aire/Wharfe Cup on Wednesday and not much to play for in the league, it was always going to be a tough ask for the Ensians boys to pull off a result against a Mods side keen to avenge a bonus try defeat at home earlier in the season.

Ensians made a bright start putting early pressure on the Modernians defence. The home scrum was solid with Props Dyson and Phipps and Jones moving into the middle at Hooker, despite a large size advantage to the visitors and the line out was working well despite prop Josh Dyson having to throw due to a lack of a regular Hooker. The early pressure told and Mods were penalised at the breakdown and Kris Keinhorst slotted the goal over to give the home side a 3-0 lead after 10 minutes.

Play was fairly back and forth, Mods trying to make inroads using there big forward runners and Ensians backs were looking threatening as always. Both defences were strong. On 19 minutes Ensians were deemed offside and the visitors took the opportunity to level the scores to 3-3 with a successful kick at goal.

Despite good running from the back row of Cowdell, Featherstone and Arbuckle and centers Eaves and Westland the Mods defence was holding strong. The referee was consistently penalising the home side at the breakdown which was helping the visitors defensive efforts. On 25 minutes the Ensians back line was reshuffled when winger Bateman had to retire. Freer came on at outside center with Westland moving onto the wing.

After been deemed offside despite it been open play, Ensians found themselves down to 14 men when number 8 Arbuckle was yellow carded around the 28 minute mark. This made the rest of the half a defensive operation with Mods having a numerical advantage. Great defence from Lock, Campbell, Prop, Jones and Cowdell and Featherstone in the forwards and Nick Keinhorst and Eaves in the backs, Mods couldn't make the numbers count. The numerical advantage was increased when Kris Keinhorst was yellow carded for a 'high' tackle on 35 minutes. Again Mods were struggling to make numbers count and the half ended with the scores level.

The second half started as the first had ended with Ensians having to battle in defence. Just before the home side were up to a full compliment, Mods finally made the numbers tell and scored out wide bringing the score to 3-8 on 44 minutes. Mods kept up the pressure and increased there lead to 3-11 with another well struck penalty on 48 minutes.

The home side went on the attack with Keinhorst kicking neatly at stand off and Eaves and Freer linking well in the centers. Westland and Nick Keinhorst were making ground on the wings with great support from the forwards. Unfortunately the pressure didn't lead to any points. A breakdown penalty gave Mods good attacking position and using there big forwards powered over the line. Despite the ball looking like it was held up the referee awarded a try and the Mods lead was increased to 3-16 on 62 minutes with the conversion being unsuccessful.

Ross Nichols came on for Campbell in the 2nd Row and made an immediate impact with some good carries. Arbuckle was rampaging and Jones, Phipps and Dyson were making good carries. The home side really pressured the Mods defence but couldn't break them down easily. Until on 72 minutes when great defensive pressure allowed Freer pounced on a loose Mods pass and run in to score. Unfortunately the conversion was missed so the score moved to 8-16.

This is how the game finished with the home side narrowly missing out on a losing bonus point. Mods played well and deserved the victory. Ensians can look forward to a midweek clash with Yarnbury 2nd XV in the cup semi final. 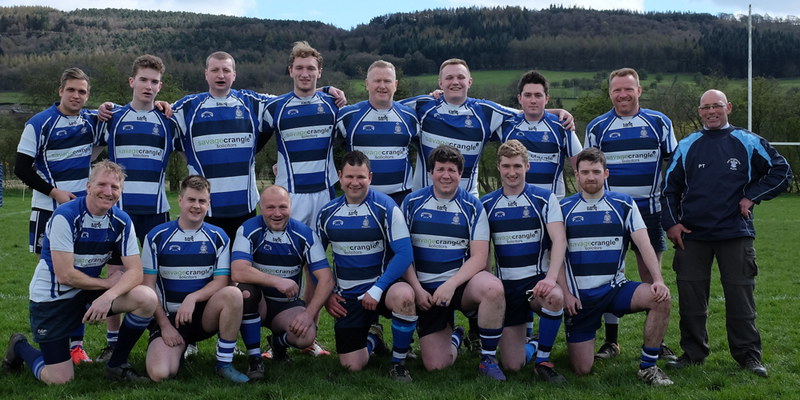