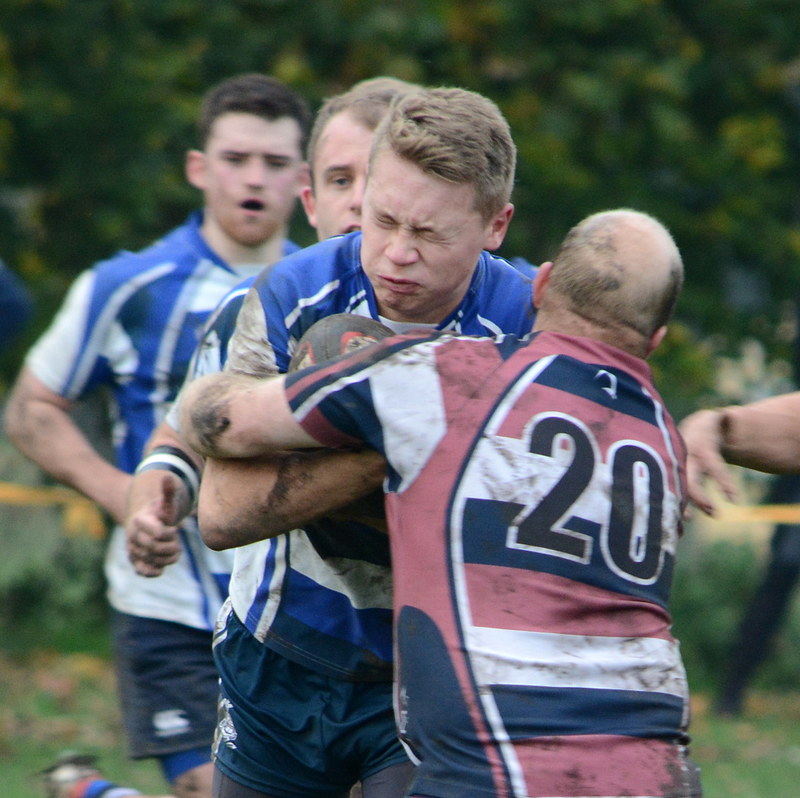 With no games on due to the world cup final, ensians 2nds decided to replay a merit table game cancelled earlier in the season by aireborough. The conversations during the week were it was going to be a 2nd team game, but lets just say, aireborough had a generous amount of 1st teamers in ! ensians had a couple in as well but were mainly 2nd team players with a few viscounts who aren’t getting game time at otley. The front row consisted of smoothy boothy , john offer &mikeo the phyisco groves. 2nd rows were dean bailey & captain for the day – jean claude van tenniswood. The back row was the solid mike Cunningham, cheesy – with womans flu [ like mans flu but a lot worse ] & ross nicols [ its my party & ill cry if i want to ] . Young Cameron was at 9, & local drunk & plaster products salesmans son will cooper at ten. Pocket battleship George Duncan was at 12 & joe tindal was back at 13 after having a bout of womans flu himself. The wings were james the budgie burgess & lukeasz [ work in progress ] with conner paley at 15 [ nicest bouncer in the world ] . with a full bench, including – the ginger flash, angry matty t, mark elam [ work in progress ] half drunk Jamie kenworthy, alex longstaff & friendly ben , there were plenty of possibilities.

Tempos team talk was that aire would attack the ball carrier, so he either needed support, or a runner to take it one pass behond.

Ensians received the kickoff & knocked on to put pressure on themselves. From the scrum, ensians drove aire off the ball & cleared, but aire just kept pressing & went away with 3 points on 5 minutes.

Ensians were trying to play rugby, but aire were turning the ball over for fun, or choke tackling the player to get the scrum. At scrum time, ensians were driving aire off the ball, so aire went uncontested, saying the hooker had injured his shoulder, then brought him back on ! where he was tackling, rucking, throwing in, but was too injured to go contested scrums , just to rub salt in the wounds. All in the spirit of the game ! as they say !.

Because aire were very good at turning the ball over, ensians were getting frustrated, & mikeo the phyico groves threw threats at his opposite number which made the children on the touch lline cry, & a few parents too ! next to be on the naughty list was George Duncan, who said someone looked like he had a willy on his head [ but not in them words ] & after another incident, van tenniswood said he needed to be taken off the field to cool down before the ref removed him.

The forwards were working their socks off to stop aire spoiling the ball, & when the scrums went uncontested, smoothy boothy found the packs of beer on the touch line too irresistible, so departed to join the richy macaw appreciation society which was made up of the ensians first teamers with bandages on there heads who had come to support the 2nds rather than play for them !

At half time, ensians were still in the game & tempo re- enforced the message to move the ball, & made some changes to get the subs on. Friendly ben went in the backrow to give cheesy a break, alex went to scrum half to bring some experience, as Cameron – having only his 3rd game of rugby in his life was struggling against aires first teamers, mark elam swapped with lukeasz, & the ginger flash was already on for conner, who'd got a dead leg in the first half.

The second half started well with George Duncan running a good line for will cooper to dummy then go through the gap, round the full back & score & convert to make it 8 – 7.

Aire had worked out where the weak spots were & any mistakes were punished to steadily run up the score. When ensians used the ball, they looked dangerous, & after some crisp passing, matty tenniswood scored to make it 25 – 13.

Unfortunately because of aires dominance at the breakdown & the choke tackle, frustration was never far away, so penalties were coming at regular intervals to compound the problems, with ross nicols getting as near a red card as ive seen for basically saying the ref was, not very good at his job & had a willy on his head ! luckily he apologised & the ref gave him the benefit of doubt that he must of misheard & ross had actually said he was the best ref he”d ever had !!!.

The game ended 32 – 12 & so it should of , against who they were playing as aire put some very good rugby together for a second string!

The lessons to be learnt are don’t take it out on the ref, take it out on the opposition, legally! We are in danger of becoming one of those teams & not the good example we should be for the great bunch of young lads coming through.