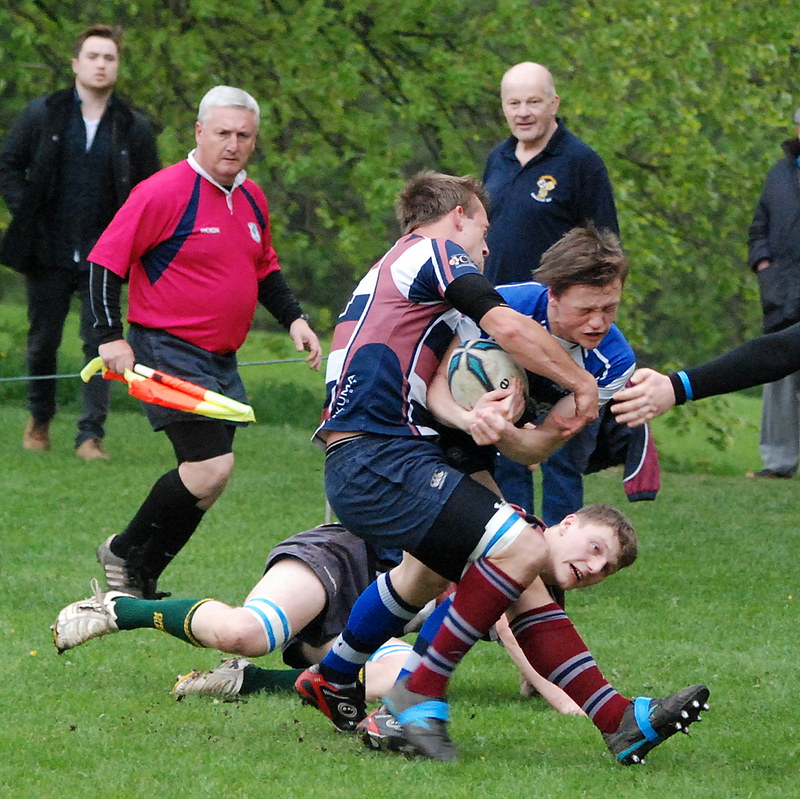 On a calm pleasant evening 'Ensians travelled to neighbours Aireborough to play the semi final of the Aire/Wharfe Cup.

Straight from the kick off Aireborough profited from an 'Ensians error to mount a strong attack resulting in a converted try. However 4 minutes later Ben Hatton scored an unconverted try in the corner following a clever kick ahead by Luke Cowdell. Immediately from the kick off interpassing between Callum Doherty and Rob Lofthouse resulted in a try by Rob Lofthouse converted by Ben Hatton... It was all 'Ensians and Callum Doherty scored a lovely try to make the score after only 12 minutes 17 points to 7 in favour of the visitors.

As in many games this season 'Ensians fitness began to tell and a try by Luke Cowdell converted by Ben Hatton after 26 minutes put 'Ensians 2 scores ahead. 'Ensians best try was left to the end following superb lineout ball by Sam Featherstone and great interplay between Lukes Cowdell and Freer resulting in a fine try by Luke Freer converted by Ben Hatton giving a final score of Aireborough 21 points 'Ensians 36 points .

'Ensians play the final against West Park A at West Park on Wed 7th floodlights.